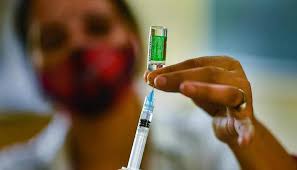 New Delhi: The government may not allow precaution dose of a COVID-19 vaccine other than the one used for primary vaccination in light of a CMC Vellore study which showed lack of uniformity in results upon mixing of jabs for booster shots, sources said on Thursday.

The Covid Working Group of NTAGI which reviewed the findings of the Christian Medical College (CMC) Vellore study last week stated that scientific evidence showed that administering a booster dose of Covishield after primary vaccination with Covaxin gives 6 to 10 times higher antibody level as compared to when Covaxin is given as the precaution dose after a gap of six months after the primary schedule.

‘However, the same advantage was not observed when Covaxin as a booster shot was given after two Covishield doses,’ an official source said.

‘Considering programmatic challenges the matter would now be discussed in the NTAGI Standing Technical Sub-Committee meeting for final recommendation,’ the source said.

As of now, mixing of COVID-19 vaccines is not allowed in the country which means the precaution dose is of the same vaccine as the first and second doses.

Meanwhile on May 4, Biological E submitted an application to India’s drug regulator seeking emergency use authorisation for its Covid vaccine Corbevax as a booster dose in adults fully vaccinated with Covishield or Covaxin.

According to the EUA application submitted to DCGI, Biological E in a phase-3 placebo-controlled clinical study, based on the drug regulator’s nod, has evaluated the safety and immunogenicity of Corbevax as a single-dose booster in Covid-negative adults fully vaccinated with either Covishield or Covaxin.

The study was conducted on 416 subjects aged 18 to 80 who were vaccinated with two doses of either Covaxin or Covishield with the last jab administered at least six months prior to giving the booster dose of Corbevax.

”The results showed a significant boost in immunogenicity in terms of neutralizing antibodies after 28 days when compared with placebo cohort in both Covishield and Covaxin arms.

‘The safety profile of Corbevax was found similar to that of the earlier clinical trials,’ an official source had said quoting the Hyderabad-based firm as having mentioned in the EUA application.

Remote Care Systems through Digitization to Drive the Healthcare Mobility Solutions Market at a CAGR Of 8.1%

Measles Vaccination: Current Targets May Not Be Enough...

PM Modi Bats For Reforms In WHO, Streamlining...

Vaccine for Mosquito-Borne Virus Found To Be Safe...

No comments to show.

Healthzzz is your source for information about health, medical and other resources that can inform you and help you save money!